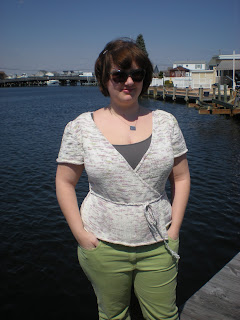 I started making this sweater in early 2008, finished all the pieces and then just left it. The finishing on this pattern was crazy, which is why I left it for so long. The pattern is Ether from Rowan Magazine 43. I left the edges unfinished and opted for a braided belt, which gave it a more beachy feel. The yarn is a cotton from Colinette called banyan. Its was incredibly annoying to seam with because it quickly became untwisted and tangled. It is satisfying to finish a forgotten UFO. 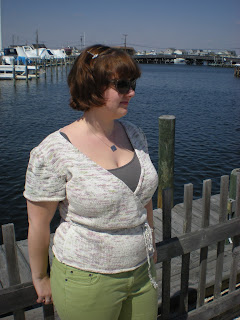 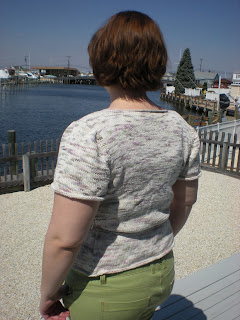